Take one city steeped in tradition and fortified with a tenacious spirit. Combine it with a cross-cultural fusion of food and flavors built on the culinary history of seven nations that contributed to its unique flavor and what do you get? Restaurant R’evolution, offering modern, imaginative reinterpretations of classic Cajun and Creole cuisine. Located in the heart of the French Quarter at Royal Sonesta New Orleans, Restaurant R’evolution is a favorite for locals and visitors alike, featuring award-winning cuisine set in an atmosphere offering a dining experience that’s beyond compare.

This partnership also delved into Louisiana history, exploring the significant culinary contributions of each of the seven primary nations that inhabited the state, bringing raw ingredients from their native countries and cross-pollinating with their gastronomic traditions. The result will be a fresh and contemporary translation of Cajun and Creole cuisine, using Louisiana’s raw ingredients and building upon the history and traditions that define New Orleans. 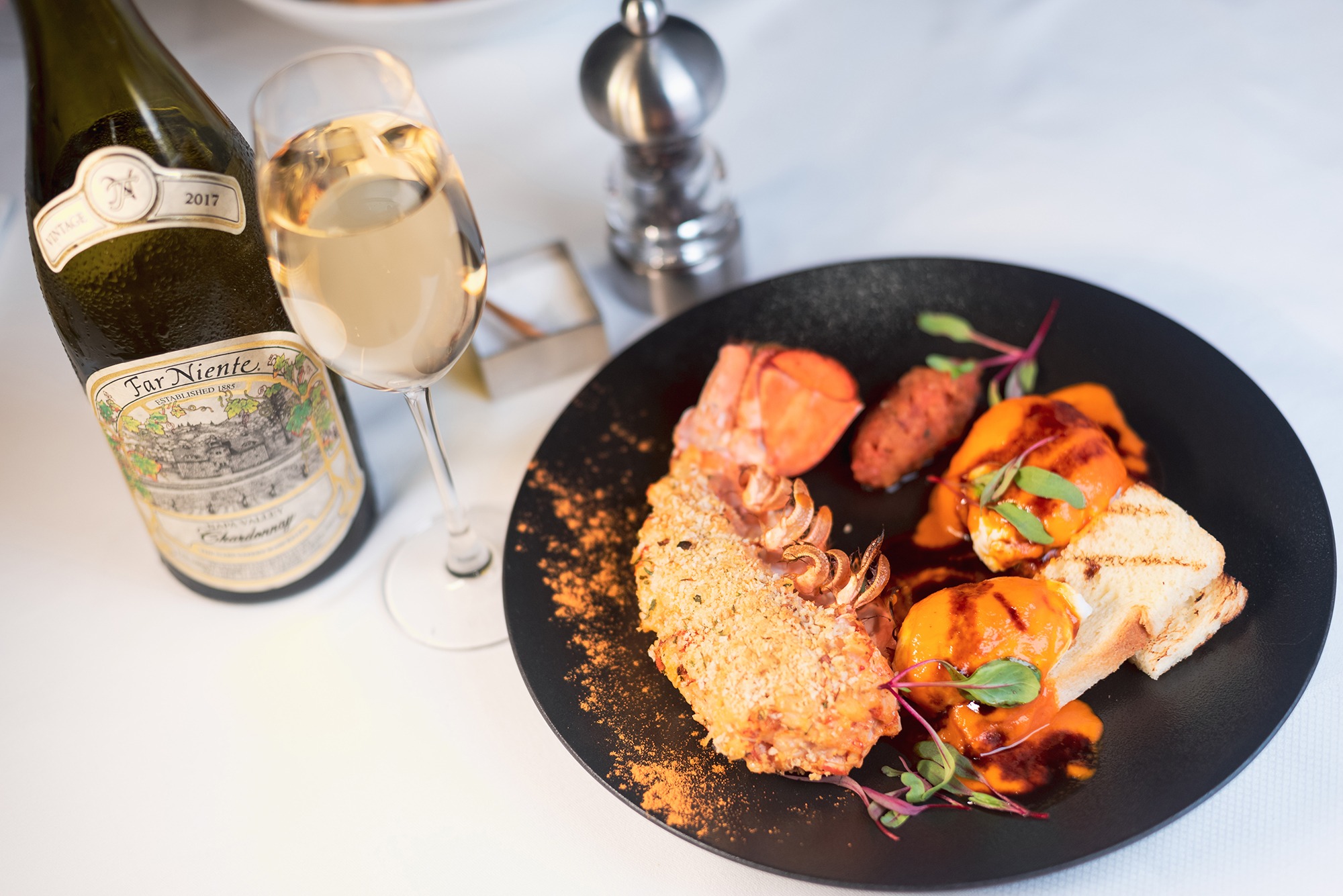 It is important to realize that cultures and cuisines constantly evolve. This evolution process is brought about when new ingredients and ideas are introduced into a region. Here in South Louisiana, the evolution process may be witnessed at every turn. Today is more and more difficult to distinguish the Cajuns form the Creoles-but it is important to understand the foundation of Cajun and Creole cuisine to understand the direction our Louisiana Cuisine has taken.

The Creoles were the offspring born in New Orleans of European aristocrats who were lured to New Orleans by the Spanish in the 1690’s. Most were second born sons, who could not inherit land or titles in their native countries where the first born son received all these gifts. So the second born sons were offered the opportunity to go to the “new world” to seek their fortunes-and many were successful. To- day the term Creole in New Orleans represents the native born children of the intermarriage of the early cultures which settled New Orleans. These include the Native American, French, Spanish, English, African, German and Italian and which also defines the Creole cuisine that came from this intermarriage of cultures. 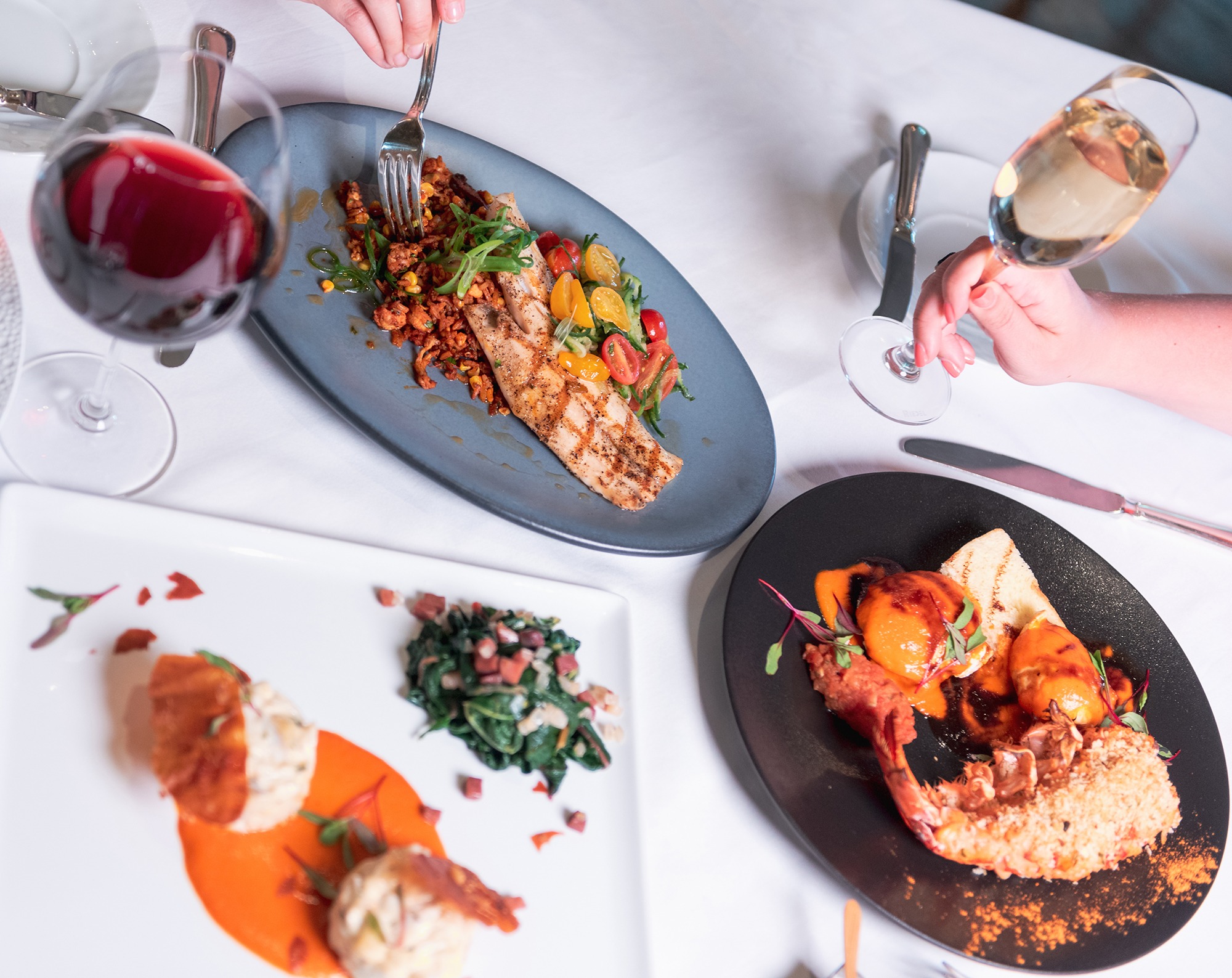 The influence of all these cultures is very apparent in the Creole cuisine. A easy example is the Bouillabaisse soup from France which led to the creation of Creole gumbo. The Spanish actually gave us from their paella the jambalaya of Louisiana. The Germans brought to South Louisiana their knowledge of charcuterie which led to the fine sausages of the region. The West Indies and Haiti gave Louisiana exotic vegetables and unique cooking methods like braising and sauce piquantes. And of course the native Indians introduced the settlers to local produce, wildlife and seafood. Important ingredients like corn, sassafras leaves and file powder and bay leaves added to the culinary melting pot.

The cuisine of the Cajuns is a mirror image of their unique history which reflects their ingenuity, creativity, adaptability and survival. When the Canadian French exiles arrived in South Louisiana in 1755 they were already well versed in survival. The French Canadians found a new home in French influenced Louisiana which welcomed their Catholic religion and similar customs from France. 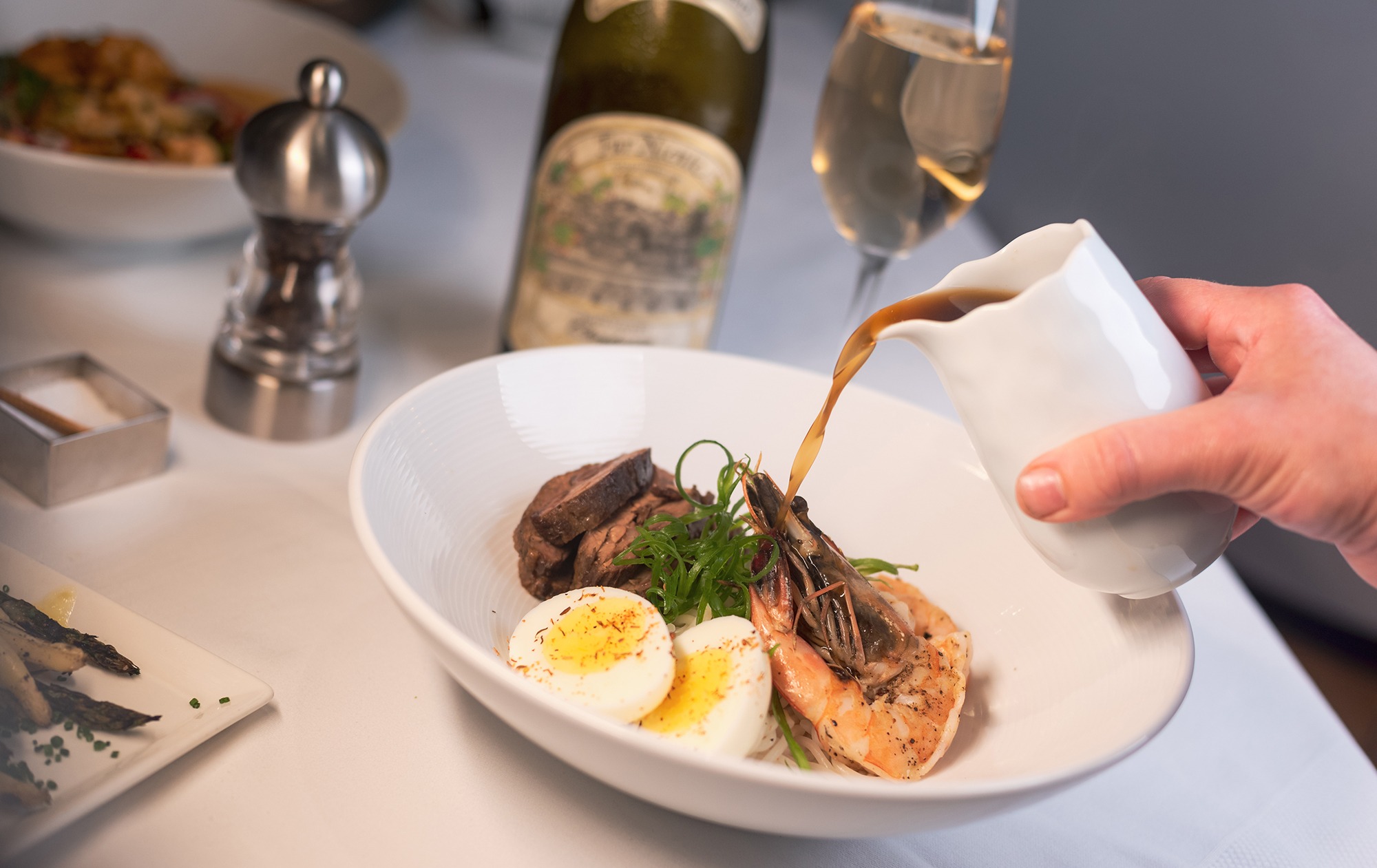 As wave after wave of refugees found Louisiana their Acadian homeland was reborn. They made their homes in the swamps and bayous of the South Louisiana which embraced their joy of living from the land. Armed with their black iron pots, the Cajuns as they came to be known, utilized what foods were indigenous to the area of South Louisiana. None of the exotic spices of Europe was available to the Cajuns in the Bayou country, instead they were happy to live off the land which was abundant with fish, shellfish, wild vegetation, local herbs and wild game. Jambalaya, grillades, stews, fricassees, soups, gumbos, sauce piquantes and stuffed vegetables are all characteristic of those “one pot meals”. Cajun cuisine is a “table in the wilderness”, a creative adaptation of indigenous Louisiana foods.

So, South Louisiana has two rich histories and cuisines: the Creole cuisine with it’s rich array of courses reflecting their close ties to European aristocracy and the Cajun cuisine with it’s one pot meals, pungent with the local flavors of the land’s seafood and wild game. 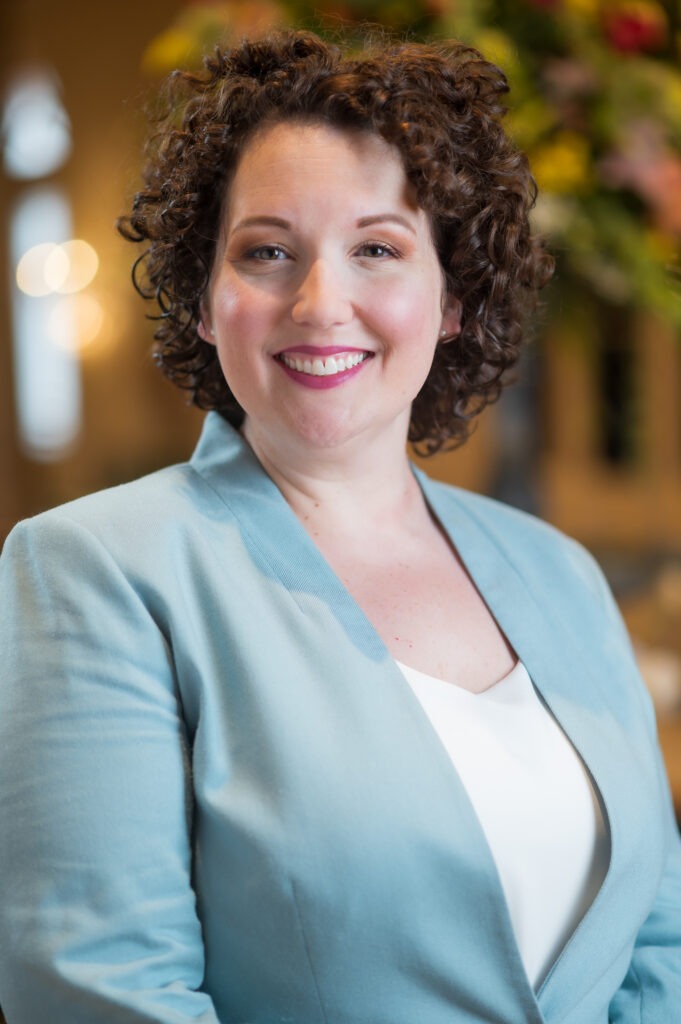 Lauren Ward serves as the General Manager of Restaurant R’evolution, the iconic New Orleans fine-dining establishment located at 777 Bienville St. inside Royal Sonesta New Orleans hotel in the heart of the French Quarter. The primary responsibilities of this position for daily restaurant operations include selection, development, and performance management of staff; inventory and ordering of all food, beverages, and supplies, while maintaining the highest level of guest satisfaction with each dining experience.

Lauren has worked in the hospitality industry for over 20 years, most recently serving as the Beverage Manager at Royal Sonesta New Orleans hotel.  Over 12 years of her experience is in fine dining, having worked as a lead bartender and corporate trainer for Ruth’s Chris Steak House in New York City, as well as Restaurant General Manager for Rizzuto Management Group in New Orleans. She has been recognized for her stellar work performance and ability to ensure exceptional guest experiences through seamless service in high volume outlets.

Lauren is a proud alum of Louisiana School for Math, Science, and the Arts and attended Delgado Community College and Louisiana State University for undergraduate studies.  She holds a ‘Civilian Response to Active Shooter Events’ Instructor license from Texas A&M Engineering Extension Service, in addition to being “Hospitality & Tourism’ certified through New York University Tisch Center for Hospitality.  Lauren also holds a Responsible Vendor Certification for the State of Louisiana through 360training.

Royal Sonesta New Orleans, a member of the Sonesta International Hotel Collection, is located in the heart of the historic French Quarter on one of the world’s most famous entertainment corridors, Bourbon Street. Each of the 483 guest rooms are newly renovated and offers views of vibrant French Quarter life, a stunning pool and patio terrace, or the lush tropical courtyard and fountain.

In addition to the Restaurant R’evolution, the Royal Sonesta New Orleans boasts several dining and entertainment venues. The hottest jazz club in town, The Jazz Playhouse, presents jazz legends and emerging young artists on their rise to the top seven nights a week. From Restaurant R’evolution enter the interior courtyard and you will begin to hear the sounds of jazz. Located just inside the hotel’s main entrance with complimentary general admission. Perfect spot for an after dinner drink and live entertainment.

Desire Oyster Bar is a casual street-side bistro serving fresh Louisiana seafood daily including oysters chargrilled or on the half shell, as well as traditional New Orleans cuisine. Located on the corner of Bourbon and Bienville and Street, Desire offering Breakfast, Lunch and Dinner daily.

LeBooze Lounge on Bourbon Street is the perfect place for cocktails and people watching while enjoying the lively street scene of Bourbon Street.

At Sonesta, food is art. Grow your career at Restaurant R’evolution in the kitchen, behind the bar, or as part of our management team. Plate by plate, meal by meal, you’ll be creating magic for our guests and honing your culinary creativity. Learn about Careers at Sonesta

Cook I – view details and apply